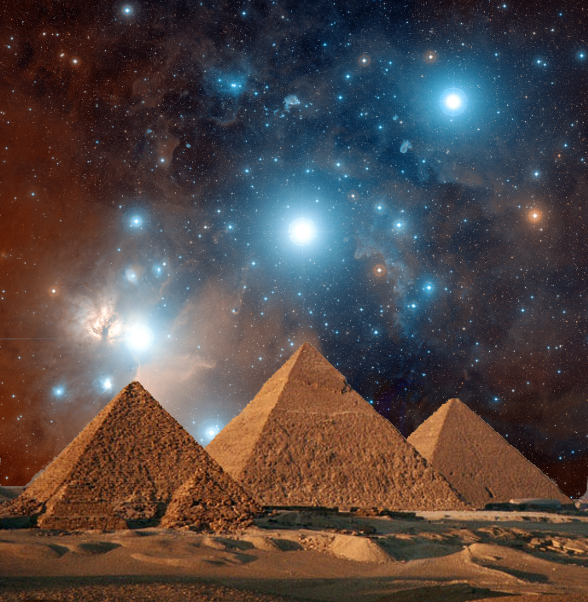 When I first opened my shop, I got the question “What is the New Age?” quite a lot.
And back then I was just telling people what it was & What it was about……. instead of actually writing a piece about it, so people could refer back to it. So, here I am finally cranking out an article 8 years later lols.

*Quick disclaimer:
Part of what made this article such a bear to write is all of the different angles from which it can be written, and the sheer vastness of the information covered under the New Age “umbrella”. Most of the time on this article has been editing stuff OUT lols.
There is enough info to fill many, many thick books on the subject of the New Age, in this article my aim is to Demystify what it is and give a bit of info on how it got started.
By all means, keep digging for the answers to all of your questions, it is going to be well worth the time(which will be a lot of time).

*Personal Note:
Keep in mind, the New Age Movement is not a religion.
It is many different ideas stitched together and woven into a rich tapestry of wisdom and spiritual ideals for self-betterment.
*Think of Religion as a rule-book, its wonderful and it is very helpful in living your life in an orderly fashion…but when you have questions and need to look things up…you need Dictionaries & Encyclopedias, not a Rule book.
And that is what Spirituality is at its core, it is the road to get your questions answered….of course, it often leads to even more questions, but ehhhhh thats half the fun lols 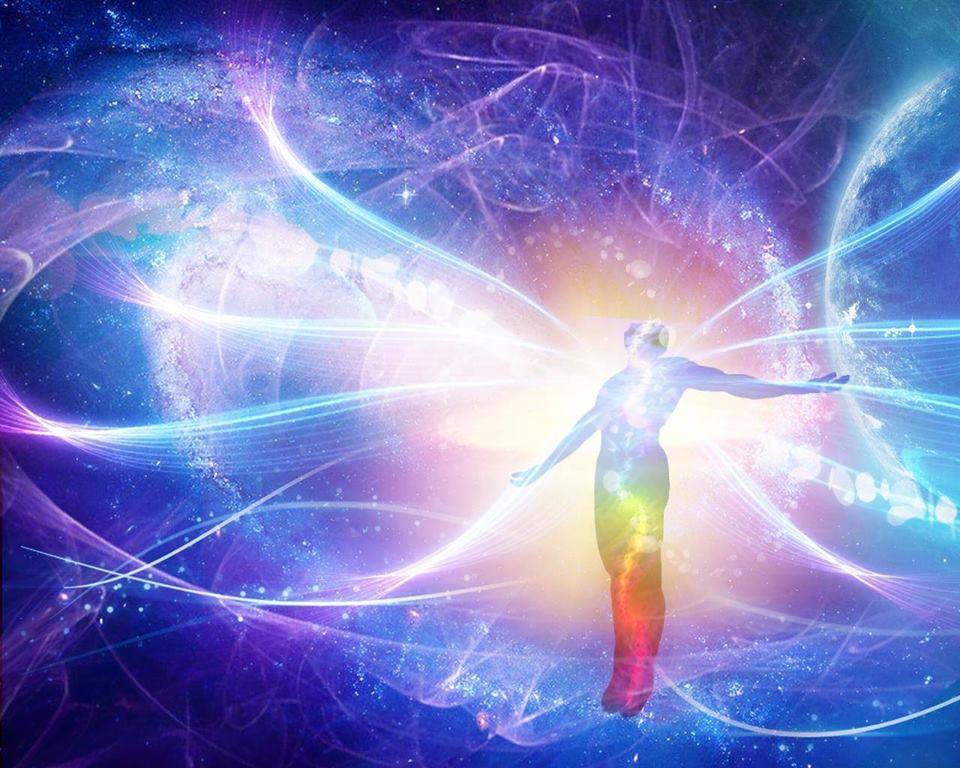 Why is it called the “New Age”?
The term was coined as the movement spread through the occult and metaphysical/spiritual communities in the 1970s and ʾ80s.
It looked forward to a “New Age” of love and light and offered a foretaste of the coming era through personal transformation and healing. 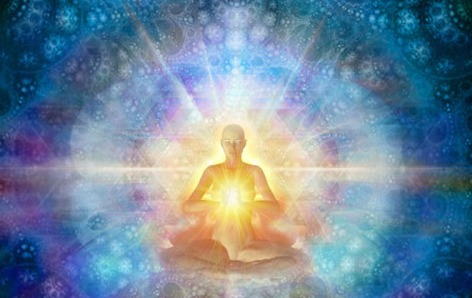 What is the “New Age” Movement?
******Quick Note:
Many think of Wicca & Witchcraft as synonymous with the New Age Movement.
They are not.
Wicca is only one of many belief systems tapped by the New Age movement.
Wicca is still very much a religion.
Original Witchcraft has very little to do with today’s Wicca Religion.
And is still only one methodology tapped by the New Age, as with Shamanism, Buddhism, Native American beliefs, Ufoism, Metaphysics, Dimensional theory, etc.*******

So, Firstly, The New Age Movement isn’t really all that NEW…..it is a concept that has come up around the globe in different eras, at different times, under different names, each time with a slightly different focus….simply because we always have questions that need answers.
This time around, its called the New Age movement.
The New Age is a movement that combines some of the most ancient philosophies, religions and spiritual beliefs with new ways of thought and theories such as Fringe science, Quantum physics, Astrology, etc.
It encompasses metaphysics, mysticism, spirituality, etc.
All the while, leaving out a lot of the religious Dogma that has been weighing people down since it became dogma and getting in the way of actual spiritual enlightenment.
It helps people to find their own spiritual path, versus getting caught in religious dogma.
Under the New Age umbrella, you will find such topics as, gemstone therapy, color therapy, seeing auras, UFOs, different types of divination(tarot, pendulum, dowsing, etc), bigfoot, meditation, telepathy,biofeedback, alternative health, and so much more.
Anything that cannot, as Art Bell once said, be neatly put in the box……. THAT is the New Age.
The basic philosophy, the principal tenant as it were, of the New Age movement is “Don’t be a dick!”.
The movement doesn’t care what you do, doesn’t care what you believe in, as long as whatever it makes you a better and more enlightened person at the end of the day- Go for it, but don’t be a dick. 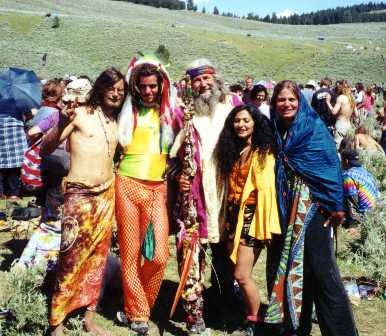 When did the “New Age” Movement start?
As the New Age movement encompasses both old and new philosophy, science, spirituality, and mysticism, it’s start date is pretty fluid.
But, The New Age movement was “officially” started in the 1970s in most of your western nations as a form of western esotericism.
Although it was spoken of, and promulgated some time before then, most notably being defined & phrased in the 19th century. Which brings us to the next question: 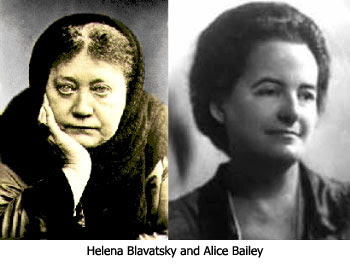 Who started the “New Age” Movement?
The “Mother” of the New Age is generally thought to be Helena Blavatsky
(a Russian philosopher, occultist, and author who co-founded the Theosophical society in 1875). In the early 1870s, Blavatsky was involved in the Spiritualist movement, but She gained an international following as the leading theoretician of Theosophy, the esoteric religion that the society promoted.
* (Interestingly enough, Helena was heavily influenced by the Prolific Author & Aristocrat- Edward Bulwer-Lytton….Who also happened to be a Science fiction author of his time-he wrote in many different genres as well-.
Its always been said that Science fiction tends to predict our future developments 😄
Also, I’m a huge Sci-Fi buff, so there is NO WAAAAY THAT IM LEAVIN THAT OUT!!!)
But, she actually shares the Title with Alice Bailey.
Alice Ann Bailey (June 16, 1880 – December 15, 1949) was a writer of more than twenty-four books on theosophical subjects and was one of the first writers to use the term New Age.
Bailey was born as Alice La Trobe-Bateman, in Manchester, England and She moved to the United States in 1907, where she spent most of her life as a writer and teacher
While we have these two wonderful ladies to Thank for its start, the New Age Movement would not be where it is today without the work of the many people who helped sculpt the “New Age” Movement, and even more that brought it to its status as a mainstream alternative spirituality movement.

Both of The Co-Mothers of the New Age were heavily influenced by the “Age of Enlightenment”, also known as “The Enlightenment” or “the Age of Reason”.
Which leads us to what one can make the claim for being the Birthplace of the New Age Movement’s ideals & ways of thought. 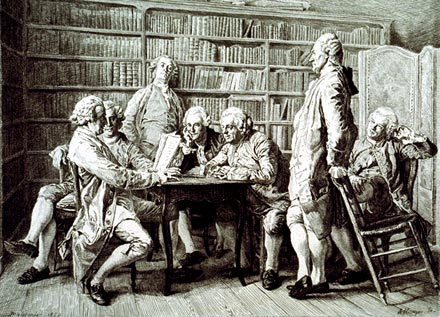 The Enlightenment & it’s connection to the New Age Movement?
It can easily be surmised that without the Age of Enlightenment, our world would be a very different place….one that would have no tolerance for the New Age Movement.
The Age of Enlightenment was preceded by and closely associated with the Scientific Revolution.
An intellectual and philosophical movement which conquered the world of ideas in Europe during the 18th century ( Generally thought of as the “Century of Philosophy”).
It was a movement based around the concept of ideas centered in reason being the primary source of authority and legitimacy & marked by an emphasis on the scientific method and reductionism, along with increased questioning of religious orthodoxy.
*Some of the central principles of the Enlightenment age philosophers were individual liberty and religious tolerance, which were in direct opposition to the absolute monarchy and the fixed dogmas of the Church at that time, its catchphrase was Sapere Aude -“Dare to Know”- if that tells you anything.
This movement changed the socio-political & literary scene of Europe.
It consisted of people-Philosophers and everyday folk alike- of the period chatting, and promoting, and sharing their ideas through meetings at Scientific Academies, Masonic lodges, Literary Salons, Coffee Houses and the like as well as through books & zines or pamphlets.
The ideas of the Enlightenment undermined the authority of the monarchy and the Church and paved the way for the political revolutions of the 18th and 19th centuries, including The United States of Americas Founding Fathers.

Some of The Age of Enlightenment front-runners include- Descartes, Voltaire, Benjamin Franklin, Immanuel Kant, among many other forward thinkers 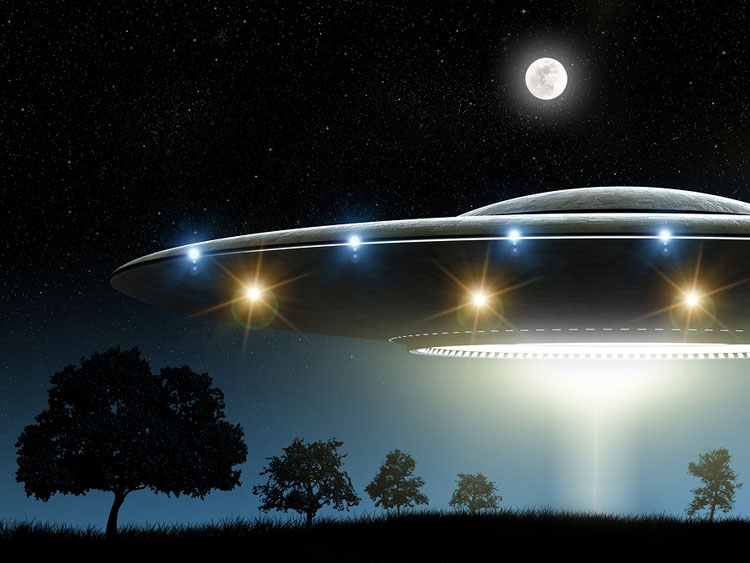 An Experienced perspective on the New Age Movement:
I spoke with,
long time Metaphysician (Clairvoyant, Psychic Medium, Fringe Science researcher) Mr.Jeff Anspaugh to get a point of view with a great deal of field experience & a good bit of perspective on the subject.
Mr. Anspaugh has 45+ years of experience in the New Age field, and he had this to say about it
” We call it new, but it’s not really all that new. This movement brings clarity of thought, It is a deviation from the established religions.
Its a collection of everything that is good, positive and mind-expanding and it allows people to walk a spiritual path of their own choosing.”
What I personally feel about the New Age movement is that it’s one of great spiritual interest and it redefines all the boundaries of original religious practices”

“Don’t take my word for it, Get out there and Research it!”
Alicia Anspaugh-McCullough