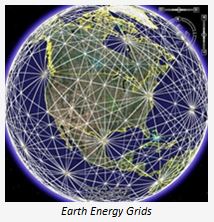 So, this is the definition of Ley lines:
‘Ley lines are hypothetical alignments of a number of places of geographical interest, such as ancient monuments and megaliths. Their existence was suggested in 1921 by the amateur archaeologist Alfred Watkins, whose book ‘The Old Straight Track’ brought the alignments to the attention of the wider public’.

The concept of Ley lines was first espoused by Mr. Alfred Watkins ( though Watkins also drew on earlier ideas about alignments; in particular he cited the work of the English astronomer Norman Lockyer, who argued that ancient alignments might be oriented to sunrise and sunset at solstices) in Blackwardine, Herefordshire, England ,on June 30 1921.
The origin of the idea that there are veins of energy running through the earth is interminable, but Mr. Watkins was the first to call these veins Ley Lines.

This is what I know about Ley lines:
Think of them as a set of energetic veins that run through the Earth.
Just as you have veins and capillaries in your skin, the earth has its own set of veins and capillaries-which we called Ley lines.
Ley lines being energetic veins cause paranormal phenomenon -practitioners- entities- all manner of spiritual beasties to travel along and be drawn to them. As life is drawn to and travels along waterways, spiritual activity travels along and is drawn to Ley lines.

There are also points where 2 or more Ley lines cross each other, these points are called – Node, nexus,heart-.and are very powerful. These Nodes generally have a radius of stronger energy emanating from them, the size of the ley lines is proportionate to the size of the radius of ambient energy.

You need to know your ley  lines (and before you ask, yes I am working on an accurate map of the Ley lines. But that’s the trick making or finding an accurate map. The Ley lines do tend to follow waterways.) as an energy worker- metaphysician- Mystic- any sort of ritualistic religious practitioner-etc. You need to know if you are by a line/on a line or on a Node, as it will boost all of your spells and your energy work.
Also, unconsciously tapping into a ley line can unintentionally catalyze the effects of any of your practices.
Your work can you get out of hand if you don’t know where you are at on the ley-line grid, very easily.

Which brings us to an important point:
It is also of utmost importance to know whether a Node or ley line’s energy has soured or is polluted, as the ley line pollution can cause your energy work-spellwork-etc to backfire, invite negative energy/entites (which impact every aspect of your life) and, in general cause all manner of problems.
When a ley-line is sour or the energy has become dirty through whichever of various means(including stagnation-like water when it becomes stagnant. Stagnant water is a breeding ground for all manner of pests,fungi, grossness. When energy is stagnant & blocked, it has much the same problem), it affects the surrounding areas and it can travel through the Ley lines to infect other lines as well as Nodes.
The extent of infection is proportionate to the severity of contaminating energy (Contaminating energy can be from metaphysical or mundane factors).
When a line or Node has become infected with polluted or stagnant energy, you will notice surrounding areas feel heavier and begin to deteriorate visibly. The area becomes more run down in appearance, bad elements begin migrating to these areas, when you visit these areas you feel depressed/irritable/anxious or even sick, and darker spirits/entites become more prevalent.

****Also just as a warning label / educational note, basically an FYI : Do Not tap into a dirty Node or ley line. using a sour ley line, will negate any positive effects intended by the practice and would have exponentially worse negative effects on the region in which the work was done. And as a side effect, you will also increase the energetic pollution along that line.***