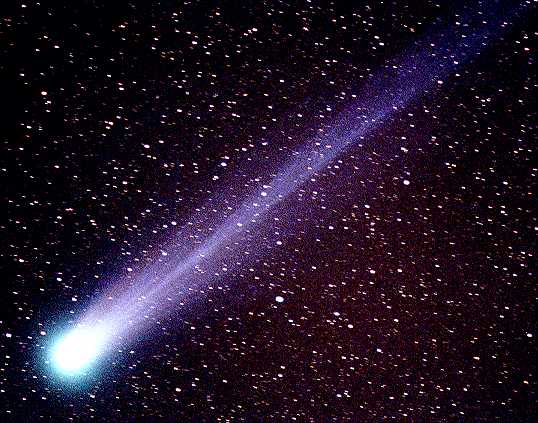 Since Comet 45P swung by us this past weekend, I decided it was a great time to do a short article and answer a few questions on the subject.
Comets are generally not a very well touched on the subject in astrology, so information is a little hard to come by.

Some examples:
A comet was going by when Julius Ceasar was assassinated, and Halley’s comet was flying our friendly skies when the black death hit.

These days we have a little bit more of an enlightened point of view on them.
Many astrologers feel that when a comet passes by it is an indicator of the birth of someone of great importance,

(the negative astrological viewpoint on comets was partially influenced by the issues of far-flung past record keeping and historical tracking-the record keeping back then SUCKED!).
Case in point, a comet went by when Theodore Roosevelt was born.

There are different schools of thought on the ways to interpret the astrological significance of the different comets that visit our solar system.
Some astrologers feel that it’s important to know which astrological sign the comet is passing through or what planet it is conjunct with or what color it is, it’s also important to know which direction the comet is pointed.
Comets are also heavily associated with sacrifice, Especially for those who have a comet around the time of their birth.

Mythological fun fact:
It is from the Greek myth of Menippe and Metioche , Daughters of Orion the Hunter that the term meteorite originate.
These two girls were told by the oracle of Apollo in their lands time of great plague that they were to sacrifice themselves for the plagues to end. Well, Hades and Persephone took great pity them and changed them into comets and meteorites.

Like Chiron, comets are from the distant boundary of our solar system.

Therefore it has been suggested that comets symbolize Frozen issues:

things that ignite and grab our attention,
things that swim up from our unconscious mind.
Also symbolizing the birth of new ideas and life.
Just as when the comet flies by our sun it releases gases & dust as the sun heats it up and burns off its frozen core, so too does this represent ideas & emotions being heated up and released.
Thereby giving birth to all kinds of new and interesting conditions.
Historically comets have a huge role in catalyzing Innovations.
We saw their influence in some of Steve Jobs and Thomas Edison’s works.
Either way, Comets symbolize great change for our world, whether, through innovation, wars, disease, societal mindset reset, plagues, the fall of great leaders, etc.

The Chinese call a comet, the broom star.
They also generally associated comets with bad luck.
But, keep in mind, a brooms purpose is to CLEAN.
We use them for cleaning and sweeping away the old to bring in the new.
Also, the Chinese name for comets is hui xin which directly translates into wisdom.
So not only do comets sweep away the old and bring in the new, cleaning up our lives in the process, they also bring wisdom.
So now that you’ve heard all that back and forth on the astrological significance of the comet, Track the events of the world and decide for yourself.
I feel that they imply great change, revolutionary change at times.
Also this year we’re going to have quite a few comets passing by us, I will be interested to see how 2017 progresses.